Tokyo 2020: Team USA predicted to have another bumper Olympics 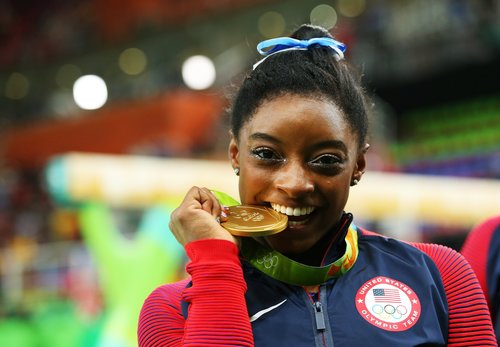 The Tokyo 2020 Summer Olympics are just a year away, and it's looking like Team USA will top the medal count again.

Using results from previous Olympics, World Championships and World Cups, Gracenote Sports -- a sports data company -- has complied a virtual Olympic medal table which puts the US at the top for what would be the seventh consecutive Summer Games.

The Tokyo Olympics will take place from July 24 to August 9, and, according to Gracenote, the US is expected to win 126 medals (51 gold, 34 silver and 41 bronze), which is 45 more than the predictions for China in second place.

Every host nation this century has received a medal boost, so it's perhaps unsurprising that Japan is expected to increase its medal tally. But Japan's improvement is projected to be a remarkable 63% compared to four years ago, which would put it third place with 67 medals.

According to Gracenote, Japan will challenge the record currently held by Spain for the biggest proportional medal improvement by a host nation. Spain increased its medal count by 450% in 1992 after winning 22 medals, an improvement on the four medals it won in 1988.

For the first time at a Summer Olympics, the percentage of men's-only events at Tokyo 2020 will be less than half (48% are men's only and 6% are either mixed or open events).

For the 10th consecutive time, there will be an increase in the proportion of events held for female athletes, a result of a reduction in the number of men's boxing, canoeing and rowing categories and an increase in the number of women's events in those sports. Additionally, the five new Olympic sports all have equal numbers of men's and women's events.

According to Gracenote, this should result in a record percentage of female competitors at a Summer Games, surpassing the 45% at Rio in 2016.

Russia is predicted to finish fourth in the medal table, with Gracenote expecting an even bigger medal haul should the country's ban from track and field be lifted.

In June, just months before the start of the forthcoming World Championships in Doha, athletics' governing body, the IAAF, upheld the ban placed on Russian athletes in 2015 after state-sponsored doping was uncovered. At Rio 2016, Russia won 56 medals.

In Rio, Great Britain and Northern Ireland became the first nation to win more Olympic medals four years after hosting an Olympics but, according to Gracenote, Team GB won't be as successful in Japan.

Gracenote does not expect the country to match its previous feats in track cycling, artistic gymnastics and rowing -- three sports which accounted for nearly a third of Team GB's medals in 2016.

Team GB's decline could be Australia's gain -- a country which has not finished above Britain since 2004. But unless there is a significant improvement in Australia's swimming results, Gracenote expects the country to finish sixth with 29 medals.