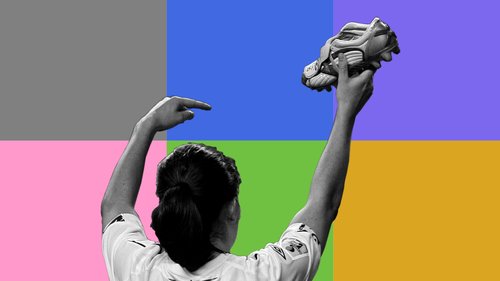 At the final whistle, goalkeeper Vanina Correa fell to her knees as her teammates embraced each other. Though they had not won, they had created history....

At the final whistle, goalkeeper Vanina Correa fell to her knees as her teammates embraced each other. Though they had not won, they had created history.

The scoreline would suggest that the goalless draw between Japan and Argentina was a dull stalemate, but that would not do justice to what Argentina achieved on a balmy Parisian evening in the Parc de Princes.

Argentina had lost all six of its previous World Cup games by an aggregate score of 33-2. Indeed, the underdogs were playing a Japan side ranked seventh in the world, 30 places above Argentina in FIFA's rankings.

An indefatigable spirit -- and Japan's bluntness in attack -- ensured that the South Americans came away from a Women's World Cup match with a point for the first time in their history.

'First off, I congratulate my players,' said coach Carlos Borrello. 'The fact they see through your game plan makes you, as a coach, very satisfied. For all of female football in Argentina, I think it's great that Argentina is starting to flourish.

'We have started getting support now from the federation. Results in these situations often help a lot. It's going to allow us to continue to go down this great path we're going down.'

The team played no games in 2016 and the majority of 2017 due to a lack of funding, but returned to action in last year's Copa America Femenina. Qualification for the World Cup -- Argentina's first since 2007 -- came via a playoff victory against Panama.

Comfortable in possession, Japan dominated midfield but it wasn't until the second half that Argentina's defense was truly troubled.

For all of Japan's neat passes and Estefania Banini's flashes of brilliance during Argentina's rare forays into the opposition half, neither side managed a shot on target in the first 45 minutes.

There were cries of 'Argentina, Argentina' from pockets of the 25,055 fans in the Parc des Princes, and decibels rose every time the Argentines entered opposition territory, but Argentina -- competing in a Women's World Cup for only the third time -- never looked like taking the three points.

A draw, however, was surprise enough.

It was a disappointing result for Japan -- a finalist in 2015 and champion in 2011. Asako Takakura's youthful side created plenty of opportunities in the second half but lacked a clinical edge in front of goal.

The other game in Group D took place on Sunday, with England taking top spot after defeating Scotland 2-1 in Nice.

Canada off to winning start

The Canadians controlled proceedings throughout the opening stages and were rewarded for their dominance on the stroke of halftime when center-half Buchanan met a Janine Beckie corner at the back post, planting her header into the ground and past goalkeeper Ngo Ndom.

Cameroon's best chance came in near-identical fashion when Claudine Meffometou met a corner midway through the second half, but her shot bounced just wide.

Having enjoyed plenty of possession, Canada -- the world's fifth best side according to FIFA's rankings -- will have wanted more to show for its efforts.

Star striker Christine Sinclair had an opportunity to add to her prolific tally of 281 internationals goals, but failed to bundle the ball over the line late on. Four more goals in France would see Sinclair surpass Abby Wambach at the top of the international scoring charts.

Nevertheless, it was a winning start for Kenneth Heiner-Møller's side, which is expected to progress from a group including New Zealand and the Netherlands. Those two teams meet in Le Havre on Wednesday.