Brexit turmoil sends the pound on a wild ride 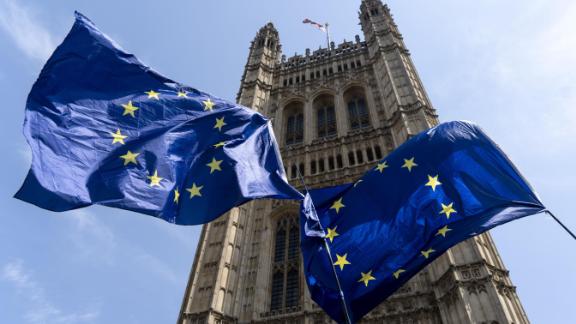 The pound dropped below $1.20 to its lowest level in nearly three years amid growing uncertainty about the future of Brexit.

The pound is getting whipsawed by political turmoil as UK Prime Minister Boris Johnson faces a parliamentary rebellion aimed at preventing Britain from leaving the European Union next month without a deal to protect the economy.

Sterling dropped below $1.20 to its lowest level in nearly three years on Tuesday amid growing uncertainty about the future of Brexit and talk of a third UK general election in four years.

The currency fell as much as 0.9% against the dollar to $1.196 in early London trading. That was the weakest it's been since a mystery flash crash occurred in October 2016, according to FXTM, a currency broker.

Johnson has promised to enact Brexit by October 31 whether he's secured a deal with EU leaders or not. Opposition lawmakers and some members of his Conservative Party worry that leaving without a deal will cause huge damage to the British economy.

The pound later reversed its slump when Johnson's party lost its working majority in Parliament after a lawmaker defected, raising the chances that a so-called "no deal" Brexit will be blocked. The currency gained 0.2% by 11:50 a.m. ET.

Lawmakers are attempting Tuesday to take control of the parliamentary agenda so they can pass legislation outlawing a "no deal" Brexit at the end of October.

This would raise the possibility of an election. UK media reported Monday that Johnson could push for an October 14 election if lawmakers derail his government.

Some investors fear that a snap election would only heighten the chaos. The outcome could embolden Johnson to pursue his hardline approach to Brexit, or elevate Labour leader Jeremy Corbyn, whose leftist policies could hit asset prices, the thinking goes.

Others view an election more favorably. Deutsche Bank strategist Oliver Harvey said in a note Tuesday that an election would be the "least worst of all scenarios this week," and would reduce the prospect of the UK crashing out of the European Union without a deal.

Concerns about a Corbyn government "may be overstated," Harvey said. Labour policies would be temporary and reversible, as opposed to the "permanent shock caused by a no deal Brexit," he wrote.

Besides, Labour would have limited ability to enact policies that could hurt markets because current polling suggests it would not win an outright majority, and would need the support of other parties in Parliament.

Uncertainty about Britain's future relationship with the European Union — its biggest trading partner — is already weighing heavily on the economy. UK manufacturing data released earlier this week indicated that the sector contracted at its fastest pace in more than seven years. Retail sales data for the month also disappointed.

The UK's budget watchdog has warned that leaving the EU without a Brexit deal will plunge the country into a recession. The UN trade agency UNCTAD warned Tuesday that Britain could lose at least 7% of its exports to the European Union.

The British economy contracted in the second quarter of the year due to manufacturing weakness and the unwinding of stockpiles built up before an earlier Brexit deadline.

"Recent developments have left sterling traders with little to be optimistic about," said Craig Erlam, senior market analyst at Oanda, a foreign exchange trading firm. He predicts more volatility ahead.

Organization delivers puppies to be trained for service