Former head of IBEW union charged with 70 counts of fraud 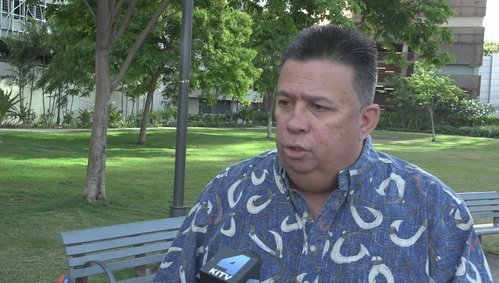 Honolulu, HI (KITV) -- The former head of the local union -- International Brotherhood of Electrical Workers (IBEW) has been indicted.

Brian Ahakuelo, his wife Marilyn, and her sister Jennifer Estencion were charged with 70 counts, including wire fraud and embezzlement. They're accused of using more than $1.4 million from the IBEW Local 1260.

The three are accused of using union funds for personal trips, cars, restaurant bills and paying family members for work they did not do.

They're also accused of falsifying records to increase membership dues from 2014 to 2016 -- collecting more than $3 million than usual. The IBEW Local 1260 represents more than 3,000 workers in Hawaii and Guam -- including electrical workers with Hawaiian Electric Company.

The indictment comes three years after the national office of a local union took over management from its former business manager.