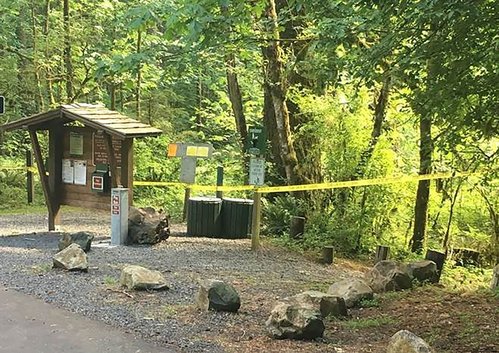 A California father died Thursday afternoon while rescuing his daughter from a river at North Fork Park, Oregon.Baltazar Tellovelasco, 29, of Oxnard,...

A California father died Thursday afternoon while rescuing his daughter from a river at North Fork Park, Oregon.

Baltazar Tellovelasco, 29, of Oxnard, saw his 12-year-old daughter in distress while swimming at Little North Fork in the Santiam River, according to the Marion County Sheriff's Office. He quickly entered the river to rescue her.

The girl safely escaped, but Tellovelasco did not return to shore. Bystanders were able to drag him from the rushing currents before nearby emergency services from Lyons Fire District and Stayton Fire District arrived.

First responders tried to save him. Tellovelasco was pronounced dead at the scene around 2 p.m. local time Thursday.

The Marion County website describes the Little North Fork of the Santiam River as a swimming hole with a sandy beach within a half hour's drive of Salem, Oregon. The river remains cold even on the warmest days, and its current is swift. Many swimmers do not anticipate its depth, the sheriff's office says.

About 10 people die every day in drowning accidents (unrelated to boating) across the nation, says the US Centers for Disease Control and Prevention.

For every child who dies, another five receive emergency care following a water accident. Submersion injuries can cause severe brain damage.