Some cans of Hunt's tomato paste recalled over mold concerns 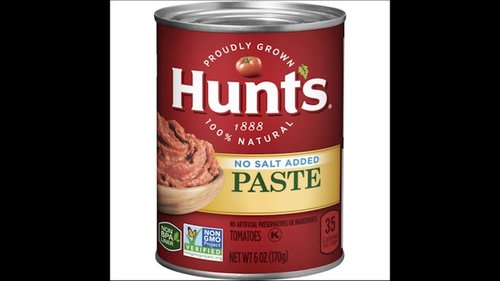 The paste, which prides itself in coming from "all-natural, vine-ripened tomatoes," may have been affected after the canning process, the company said without providing details. The recall is for the "no salt added" paste.

"The final product could have been damaged, creating the potential for mold," the Chicago- based company said in a press release.

Conagra Brands said it became aware of the issue after receiving phone calls from consumers.

The affected cans were only distributed in the United States and fall under the lot code 2105902510 with an expiration date of October 16, 2020. No other products were affected, the company said.

The company behind the paste also said it has informed the Food and Drug Administration and is working to ensure the affected products are off the shelves and not being distributed.

Driver arrested in hit-and-run on I-5