FDA looks into regulating CBD in food, beverages and more 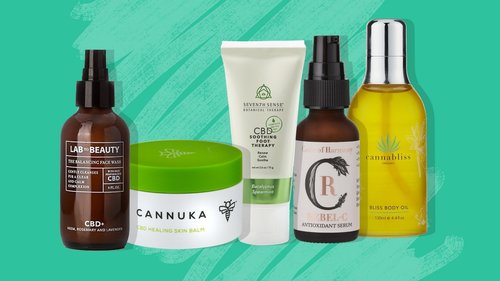 The US Food and Drug Administration announced Tuesday...

The US Food and Drug Administration announced Tuesday that it will hold a public hearing next month to discuss developing a regulatory framework for the use of CBD in consumer products, including foods and beverages.

CBD, the abbreviation for cannabidiol, is one of the non-psychoactive ingredients in cannabis, increasingly thought to offer wide-ranging health benefits, with few side effects and low risk of addiction or abuse. Tetrahydrocannabinol or THC is the main psychoactive component of the cannabis plant.

FDA Commissioner Dr. Scott Gottlieb said in a statement that the move was part of an effort to build "lawful pathways by which appropriate products containing cannabis or cannabis-derived compounds can be marketed" and made "more predictable and efficient."

Gottlieb, who announced last month that he was resigning from his post, also renewed his pledge to crack down on companies promoting "unfounded, egregious claims about their products' ability to limit, treat or cure cancer, neurodegenerative conditions, autoimmune diseases, opioid use disorder, and other serious diseases."

It's illegal under the Food Drug & Commerce Act to introduce CBD or THC into the food supply or market it as a dietary supplement, regardless of whether the substances are hemp-derived.

The FDA isn't interested in immediately doing away with that restriction, because both "CBD and THC are active ingredients in FDA-approved drugs and were the subject of substantial clinical investigations before they were marketed as foods or dietary supplements," Gottlieb said in a statement in December.

In Tuesday's statement, Gottlieb warned that "open questions remain regarding the safety" of widespread use of CBD products, including CBD concentration and the possible impacts of long-term exposure.

"It's critical that we address these unanswered questions about CBD and other cannabis and cannabis-derived products to help inform the FDA's regulatory oversight of these products," he said. "Especially as the agency considers whether it could be appropriate to exercise its authority to allow the use of CBD in dietary supplements and other foods."

However, Gottlieb has made clear in the past that foods derived from parts of the hemp plant that may not contain CBD or THC could be marketed with FDA approval. In December, he announced that hulled hemp seeds, hemp seed protein and hemp seed oil could be marketed as long as they made no disease treatment claims.

In December, President Donald Trump signed the Farm Bill into law; among other things, it legalized the production of hemp, which contains high levels of CBD.

The legal limbo for products being sold with CBD created strain on the industry. In February, a bipartisan group of lawmakers sent a letter to Gottlieb about crackdowns on selling CBD food and beverages by officials in New York City, Ohio and Maine, saying that the actions "spurred a tremendous amount of confusion among product manufacturers, hemp farmers, and consumers of these products. We are calling on FDA to swiftly provide guidance on lawful pathways for food products with CBD."

The public hearing is scheduled for May 31, well after Gottieb will leave office.

In reaction to Gottlieb's announcement Tuesday, Rep. Chellie Pingree said in a statement, "It's clear that Commissioner Gottlieb is prioritizing this issue and taking it seriously. I hope his [successor] at the FDA will operate with the same sense of urgency. After FDA collects input from stakeholders through public comment and at the May 31 public meeting, I will consider any legislative avenues that may be necessary to resolve this issue."

Reaction from the industry was positive. "We look forward to the FDA being more open to considering the medical benefits of cannabinoids and examining the research on the subject," said Morgan Fox, director of media relations for the National Cannabis Industry Association.

Erica McBride Stark, executive director for the National Hemp Association, said, "we encourage the FDA to move as quickly as possible to protect the interests of all and welcome the opportunity to bring this important industry out of the shadows. Creating this legal framework will protect both consumers and the industry."

Hospital goes into lockdown after reports of armed man nearby