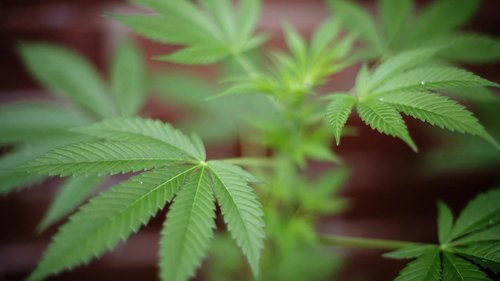 Cannabis use in Colorado has been on the rise since medical cannabis was liberalized in 2009 and recreational cannabis went on sale in 2014, and it has led t...

Cannabis use in Colorado has been on the rise since medical cannabis was liberalized in 2009 and recreational cannabis went on sale in 2014, and it has led to an increase in emergency department visits, according to a new study.

Research has shed light on increasing safety concerns related to cannabis. The researchers identified 9,973 cannabis-related emergency department visits at UCHealth University of Colorado Hospital from 2012 to 2016, a more than threefold increase in such visits.

Lead study author Dr. Andrew A. Monte, a medical toxicologist and emergency medicine physician at UCHealth University of Colorado Hospital, and his colleagues were motivated by their own experiences. "We observed a higher number of visits attributable to edibles than expected, and there was no data to determine if this was indeed true," he said.

For the study, published Monday in the Annals of Internal Medicine, the researchers also looked at the relationship between cannabis sales reported to the Colorado Marijuana Enforcement Division and emergency department visits. Although edible cannabis only made up 0.32% of sales in Colorado from 2014 to 2016, 10.7% of cannabis-related emergency department visits at UCHealth University of Colorado were due to edibles.

"There have been several high-profile deaths due to cannabis edibles but no documented death attributable to inhaled cannabis," Monte said. The study noted a 2015 case of a man in Colorado who died by suicide after consuming an edible marijuana product.

The researchers note that the study had some limitations, including that patients who go the emergency room "differ from the overall population of cannabis users, most of whom may use cannabis with no adverse effects." Additionally, there was often no way to quantify the exact doses of cannabis, and researchers suspect that ingested doses may have exceeded inhaled doses.

With the liberalization of cannabis laws in some states, more patient education is needed on the impact that different forms of cannabis can have on health. "Edible marijuana can be a lot different. The effect can last a lot longer," said Dr. G. Sam Wang, a pediatric emergency medicine physician and toxicologist at Children's Hospital Colorado, who was not involved in the new study.

In the edible form, there's a slower rate of both absorption and the body's ability to clear tetrahydrocannabinol or THC, the main psychoactive ingredient in cannabis. If people use too much because they don't immediately feel the effects, edibles can be even more dangerous, Drs. Nora D. Volkow and Ruben Baler of the National Institute on Drug Abuse wrote in an editorial published alongside the study.

Anyone can be susceptible to safety issues that accompany edible and inhaled cannabis. "Use and its outcomes cross all socioeconomic classes, races and ethnicities," Wang said.

There have also been reports of unintended exposure in children. In Wang's own practice, "I typically see the kids who unintentionally ingest cannabis, kids who use it medically or teenagers who recreationally use it."

As cannabis laws continue to change, Monte says that while edibles have a role in treating some medical conditions such as pain, recreational use may carry its own risks. "States moving to liberalize cannabis policy should consider keeping edibles out of the recreational marketplace," he said.

Emergency department visits due to cannabis can be prevented, Wang said. There is a growing need for policy and public education on the potentially harmful effects of cannabis, he said. There have been limitations on how much THC can be put in cannabis products in many states, including Colorado, and there are restrictions on mass marketing of cannabis that targets young adults and children. "He emphasizes, "The biggest thing that needs to happen is prevention."