Fire sends plume of black smoke into air in Eugene

"With this smoke, the closest we've been able to see is a big pile of tires and probably auto parts," said Fire Chief Randy Wood.

Thick smoke impacted visibility on the ground and created a dark plume in the sky that could be seen from miles away.

"With this smoke, the closest we've been able to see is a big pile of tires and probably auto parts," said Fire Chief Randy Wood, with the Santa Clara Fire District.

Chief Wood tells KEZI the call came in shortly after 4:00 p.m. He says a fire sparked on a lot off of Kelso Street, burning tires and other auto parts.

He said this call first came in as a backyard burn, but when crews arrived they quickly saw that it was something very different.

"This is a stockpile of auto parts and tires and that type of stuff. We expect to be here quite awhile. There are probably 8 to 9 departments here...at least 40 firefighters from all over the county are here," said Chief Wood.

He said there are no injuries and that the cause of this fire remains under investigation.

The Red Cross said this fire impacted a family of 2 adults and 1 pet. 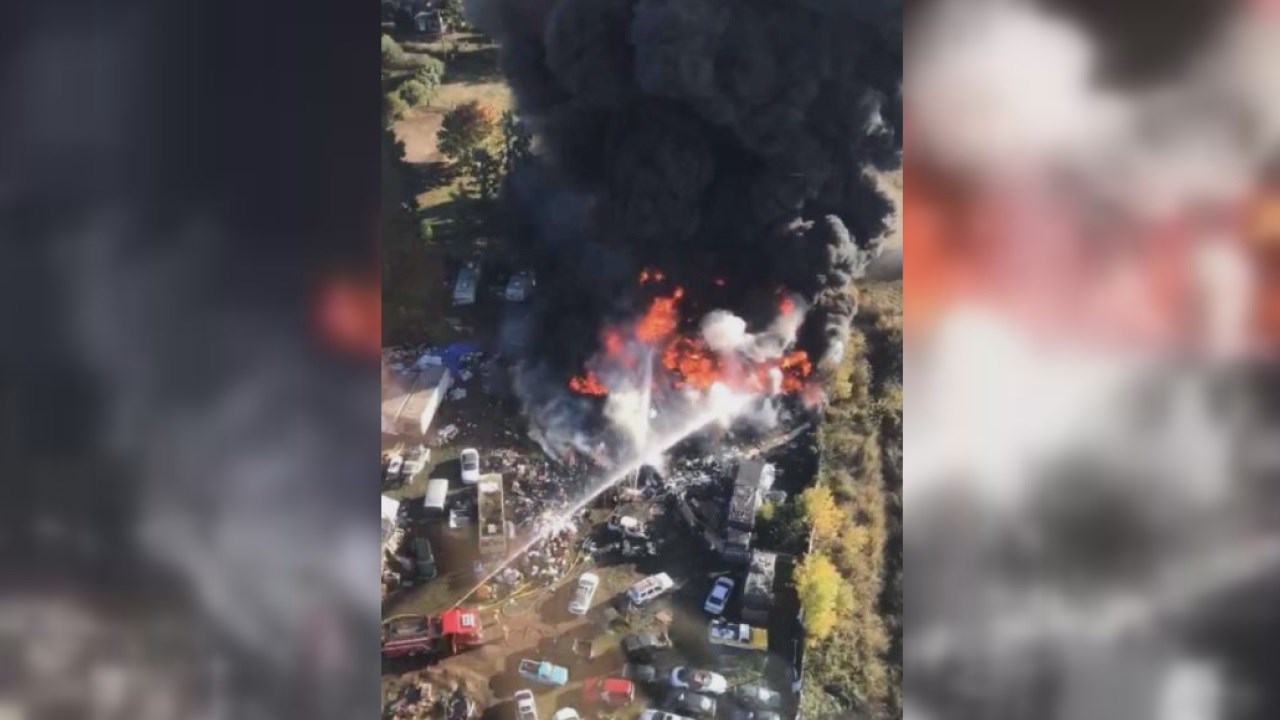