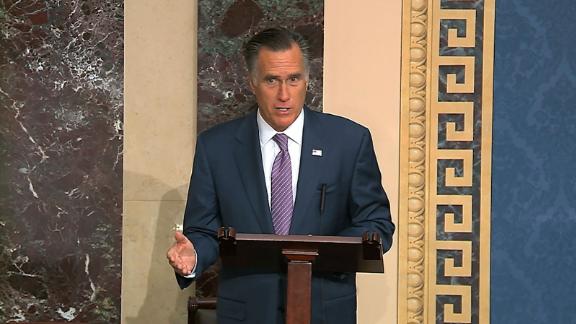 Sen. Mitt Romney (R-UT) has admitted to using a secret Twitter account under the name "Pierre Delecto" to monitor political discussions on social media and defend himself against online trolls.

As the Republic of Venice slowly slid into the 18th century, its economic power was waning while military threats piled up all around it. Inside the city, though, it maintained a vibrant cultural and political life.

When its elites, visiting nobility, and the lower status citizens of the city wanted to mingle, they all would put on masks. Far from the elaborate contraptions sold on every corner in the touristy city, mostly these masks didn't do much to conceal identity. Instead, they provided a polite fiction that allowed people to cross social lines without threatening social norms. Early modern Venetians had masks; today, politicians have Twitter.

Last week, Sen. Mitt Romney told The Atlantic writer McKay Coppins that he had a secret Twitter account, offering just enough details that Ashley Feinberg, who writes for Slate, could deduce its identity. Feinberg reasoned that Romney would want to follow his family members, including his grandchildren, some of whom have relatively few followers. Feinberg introduced us to Twitter user @qaws9876, aka Pierre Delecto. When Coppins confronted Romney with the deduction, the senator replied only, "C'est moi" (or "it's me," in French).

The revelations about Romney's activity on Twitter come at a curious time for the "sometimes Trump" Republican caucus, whose ranks include Romney. These Republicans, who include both lawmakers and writers, took principled positions against the president when he was running for the GOP nomination, mostly backed him against Clinton or suggested they might futilely write-in another option.

Since Trump's election, they have oscillated back and forth from quiescent subjugation to periodic public complaint about presidential conduct. These complaints never seem to result in Republicans organizing against Trump from within. Only rarely has this cohort voted against Trump's norms in Congress (with a few notable exceptions) and never have they publicly campaigned for Democrats. In fact, as Elizabeth Warren seems to have emerged as at least a co-frontrunner for the Democratic nomination, most "Sometimes Trump" writers seem to be setting themselves up to reluctantly support the president.

But now with Trump and his cronies — both staff like Mick Mulvaney and on-again off-again personal lawyer Rudy Giuliani — almost daily confessing to transgressions, it's both easier for Republicans like Romney to stand against the president and harder for him to stay quiet.

Twitter is a performative space, at least if you have a public account. Whereas Facebook has sophisticated layering of privacy options — often bewildering to the casual user — that encourage participation within closed, selected, networks of mutual connections, Twitter promotes the short, loud blast. It's a place that works very well for sharing news and for making like-minded connections. Its public nature also comes with the serious risk of harassment and bullying.

Within those parameters, Twitter allows you to put on a mask, but generally the deceptions are intentionally obvious. For example, I am not a cartoon cat ranting about history. These Donald Trump parody accounts are not trying to trick anyone. People generally aren't catfished on Twitter. And when Romney was exposed, he seems to have shrugged off the revelation.

His mask had come off, but he hadn't used this private account to do anything especially significant. Pierre Delecto only tweeted 10 times. Feinberg noted that a number of responses were aimed at journalists directly criticizing Romney and other Republicans for a lack of spine in the face of Trump's flagrant misconduct. Wait and see, Romney seemed to suggest, but there's nothing revelatory here. We've been waiting to see for a long time.

I'm a historian of pre-modern Venice and often think about the efforts that medieval democracy undertook to maintain social order, protect their electoral systems, and thrive in a fraught space between different spheres of power (Rome, the Holy Roman Empire, Byzantium and then the Ottomans, Catholics versus Protestants, and more over the centuries).

Their masks have enhanced a reputation for secrecy and debauchery, that "anything goes" once the masks are on. In the recent book, "Venice Incognito," though, historian James Johnson argues that masks were in many cases a tool of the status quo, "permitting contact among unequals through fictive concealment. Rather than obscuring identities, masks affirmed their permanence." The donning of a mask created a fiction that affirmed social structures, rather than threatening them.

Mitt Romney and a handful of other Republican leaders have a chance to act. But they are going to have do so without masks and, most critically, they are going to have to risk upsetting their own delicate position. Romney and the rest will have to stop performing principled resistance and actually resist. Trump will eventually be gone, but for America to move past this difficult moment, all the masks must come off.

WATCH: A look at Highway 126 after the Holiday Farm Fire

Vida couple finds strength after losing nearly everything in wildfire