How Bolton got himself fired 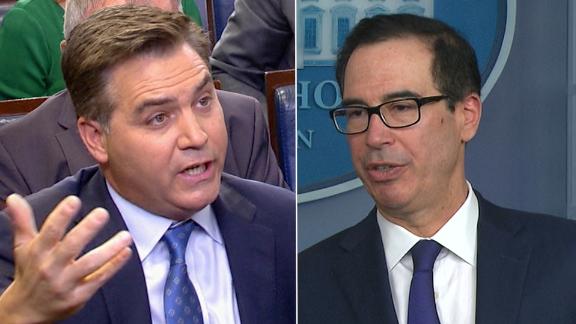 John Bolton's departure as national security adviser means the Trump administration will have to fill the role for a fourth time. CNN's Jim Acosta reports.

John Bolton's defenestration was a long time coming. On so many issues -- North Korea, Iran, and Venezuela -- President Trump's national security adviser's bellicose views and advice repeatedly clashed with those of his mercurial boss.

Bolton was a workaholic who would routinely rise at 3:30 a.m., and he understood on a deep level how to operate in the DC bureaucracy -- after all, he had started working in Washington for the Reagan administration.

Bolton was inclined to bring a gun to any bureaucratic knife fight. As soon as he assumed office as the national security adviser, Bolton immediately fired Tom Bossert, Trump's homeland security adviser, who reported directly to the President and was, at least theoretically, of equal stature to Bolton.

Bolton was also steeped in the arcana of arms control negotiations and weapons-of-mass-destruction issues and had served as the top official at the State Department working on arms control in the George W. Bush administration, resulting in Bolton's longstanding skepticism toward Iran. In 2015, Bolton wrote in the New York Times that the US should bomb Iran because "Iran will not negotiate away its nuclear program," which is exactly what Iran did that same year by negotiating the nuclear agreement with the Obama administration and other world powers.

It was hardly surprising, then, that with Bolton now in place as national security adviser, Trump announced on May 8, 2018, that he was pulling out of the Iran nuclear agreement. As Bolton stood off to one side behind him, Trump gave a press conference at the White House announcing the pullout, saying, "The fact is that this was a horrible one-sided deal that should never, ever have been made."

But in recent months Trump had made a number of conciliatory gestures to Iran. Following the Iranians bringing down an American drone in the Persian Gulf in June, Trump had approved a strike against Iranian missile batteries and radars but then he abruptly called off the operation.

Trump then said he would speak to the Iranians with "no preconditions." This went against everything that Bolton had stood for as he had long pushed for regime change in Iran.

Iran's foreign minister Mohammad Zarif told reporters in New York on July 18, 2019, that in exchange for the lifting of UN sanctions, Iran would allow international inspectors greater latitude to inspect its nuclear program.

Zarif didn't have a huge amount of juice with the mullahs who actually ran the show in Iran, but Iran's hardline former President, Mahmoud Ahmadinejad, certainly did. Around the same time that Zarif made his offer, Ahmadinejad told the New York Times, "Mr. Trump is a man of action. He is a businessman and therefore he is capable of calculating cost-benefits and making a decision. We say to him, let's calculate the long-term cost-benefit of our two nations and not be shortsighted."

Trump seemed to now be looking for an opening to the Iranians which Bolton would surely have been an impediment to.

Two months before meeting with Trump in Singapore in June 2018, North Korean dictator Kim Jong Un had declared that he was suspending nuclear weapons and missile tests.

However, Bolton seemed intent on sabotaging any accommodation with the North Koreans. A month before he had started to work at the White House, Bolton had written a piece for the Wall Street Journal in which he laid out the purported legal arguments for a preemptive war against North Korea. This would be a redo of the invasion of Iraq in 2003, of which Bolton remained a vocal supporter.

Within weeks of taking up his position as national security adviser, Bolton said publicly that the administration was contemplating the "Libya model" for North Korea.

This referred to the Libyan dictator Moammar Gadhafi, who had agreed to abandon his weapons-of-mass-destruction program in the early 2000s in exchange for lifting the onerous sanctions that were then in place on his regime. A few years later, in 2011, US-backed rebels toppled Gadhafi's regime. The rebels then hunted Gadhafi down and killed him in a ditch.

For Kim, the "Libya model" was code for regime change; Kim had no intention of ending up dead in a ditch. Keeping his nukes was key to Kim's plan to remain in power indefinitely.

The North Korean first deputy prime minister, Kim Kye-Gwan, said of Bolton, "We do not hide our feeling of repugnance towards him."

In February, Trump met Kim again in Hanoi, the capital of Vietnam, but Trump pulled out of the meeting early when Kim didn't offer much in the way of "denuclearization." Three months after the failed talks in Hanoi, the North Koreans launched some short-range ballistic missiles.

At a press conference in Japan in late May 2019, Trump contradicted Bolton, who had just told reporters that those launches contravened UN Security Council resolutions. Trump said he wasn't bothered by the launches.

When Trump met with Kim Jong Un for the third time at the Demilitarized Zone between North and South Korea to discuss North Korea's nuclear program, along tagged Jared and Ivanka Kushner, and Fox News' Tucker Carlson. Meanwhile, Bolton, who had spent much of his professional career focused on arms control issues, went on a previously scheduled trip to . . . Mongolia.

Earlier this year Bolton had also pushed for a coup in Venezuela against the socialist strongman president Nicolás Maduro. A coup attempt by the country's opposition, which the US supported, fizzled. Trump blamed Bolton for the botched coup.

In May, Trump said that he actually moderated the bellicose Bolton: "I'm the one who tempers him, which is OK. I have John Bolton and I have people who are a little more dovish than him."

Given the amount of turnover in his cabinet, Trump couldn't get rid of Bolton immediately, but he started thinking about other candidates to be his national security adviser, according to a former senior Trump administration official I have spoken to.

According to this official, Trump has met in recent months with Fox News talking head Colonel Douglas Macgregor, a retired army officer with a doctorate. Unlike Bolton, Macgregor is an extreme skeptic about American military interventions in the greater Middle East, appearing on Fox to rail against the "globalist elite" on Capitol Hill and at the Pentagon and State Department that were purportedly pushing for the continuation of the Afghan War. Macgregor has also appeared on Fox strongly opposing any kind of conflict with Iran. Of course, just because Trump has talked to Macgregor, that doesn't mean he will necessarily be offered the job.

Trump wrote on Twitter Tuesday that he would appoint a new national security adviser by next week. It will be his fourth in that role.