The Mooch isn't the only Trump buddy to turn on him 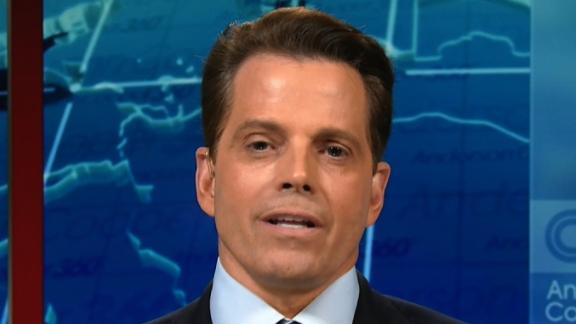 Some politicians are great one-on-one but cannot project warmth to a crowd. "If he/she could just meet every voter, they'd get 100% of the vote," their staffers say to anyone who'll listen.

Donald Trump is the opposite. To know him is to hate him.

Many of those who have been closest to Trump just can't stand the guy. Anthony Scaramucci is the latest. The Mooch has had enough of Trump's "dissembling" -- a ten-dollar word for lying -- and his racism. He even thinks the GOP should consider dumping the President from the 2020 ticket.

I don't see a Republican groundswell for a Dump Trump movement, but it is interesting how many of those closest to Trump have already dumped him. Take Michael Cohen, please. Mr. Cohen was Trump's pit bull, his fixer, his consigliere. Cohen said he'd "take a bullet" for Trump. No more. Before decamping for the pokey, Cohen testified that his one-time hero is in fact "a racist, a con man, a cheat."

Omarosa Manigault Newman, who starred on Trump's reality show "The Apprentice" and worked for him in the White House, wrote in her tell-all that Trump is a racist who used the N-word on the set of the show. (Although she concedes she never personally heard him utter that epithet.)

Some of the President's most senior national security and economic advisers have been reported saying the most contemptuous things. Bob Woodward's book "Fear: Trump in the White House" is replete with examples:

Apparently the major river flowing through Washington is not the Potomac, it's Denial. Back in my days in the Clinton White House, Woodward quoted me saying unkind (but hilarious) things about some of my colleagues. But I didn't even try to deny saying them. You know why? 'Cause I said them. I suspect these folks did as well.

But here's the other side of the coin: The further you get from Trump the more some folks love him. He is beloved by rural, older, non-college educated white folks, people who would be kicked out on their keisters if they showed up at Mar-a-Lago. Trump probably wouldn't be caught dead in their ZIP codes, but he believes -- perhaps correctly -- "I could stand in the middle of 5th Avenue and shoot somebody and I wouldn't lose voters."

That may be. But it's also true that a whole lot of the people who know Donald Trump best have thrown him under the bus.