It's not mental illness, it's hate and guns 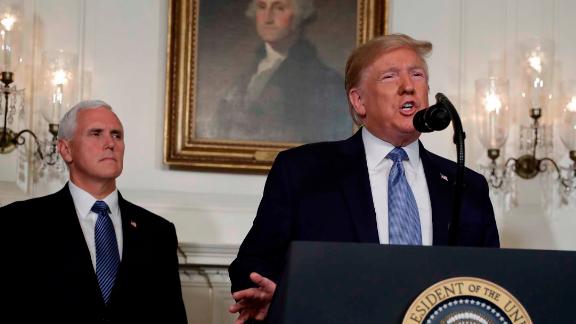 Gunshots shattering the peace. Crowds surging in panic as people run for their lives. Bodies beginning to fall, first responders arriving on the scene, breaking news filtering out into the world. It's a scene that's become familiar in our country.

But as devastating and unfathomable as such events seem, the tragedies that played out in my hometown of El Paso, Texas, on Saturday morning, and then 13 hours later in Dayton, Ohio, were not random in nature, nor can we treat them as unexpected.

In Texas, 22 people were killed and more than two dozen injured while running weekend errands at Walmart. In Ohio, nine people were shot dead and 26 wounded in an entertainment district on a summer night.

Meanwhile, seven people were killed and 46 were wounded this past weekend alone in shootings in Chicago.

Contrary to what many Republican politicians are quick to suggest, this isn't a problem of video games, "evil" and mental illness. Both the El Paso and the Dayton shooters appear to have been motivated by hatred, and in the El Paso case, racism: the alleged shooter is believed to have authored a four-page document online shortly before the shooting in which he warned of, among other things, a "Hispanic invasion." The shooter's motivation in Dayton is unclear -- but in both cases, the shooters used violence and terrorism as tactics, with guns as the obvious weapon of choice.

The manifesto's writer laments that "our European comrades" lack the "gun rights needed to repel the millions of invaders that plaque [sic] their country. They have no choice but to sit by and watch their countries burn."

Every year, there are more than 10,000 violent hate crime attacks involving firearms in our country, according to an analysis of FBI crime statistics by Everytown for Gun Safety.

And hate-fueled violence is on the rise.

From 2016 to 2017, there was a 24% increase in hate crimes against Hispanic and Latino Americans. We must reckon with the fact that easy access to weapons of war enables hateful ideology to become domestic terrorism. And that's just the tip of the iceberg. Easy access to guns makes suicide attempts far more likely to be lethal and domestic violence situations more likely to end in the woman's death. The commonality here is clear: It's far too easy for dangerous individuals to get guns in our country.

The alleged El Paso shooter drew upon American gun-rights ideology and the easy availability of high-powered firearms to actually bring his terrorist attack to fruition. "I can no longer bear the shame of inaction," said the manifesto, "knowing that our founding fathers have endowed me with the rights needed to save our country from the brink destruction." Such thinking is the direct lineage of dark interpretations of the Second Amendment proffered by gun rights absolutists and many elected Republicans -- that gun rights are meant as a "hedge against tyranny."

If that's what gun rights are for, then liberty is a vigilante proposition, and our fate is in the hands of preppers, with their stockpiles of food and weapons, instead of essential, normative frameworks built around strong institutions and the rule of law. This can't be the future the founding fathers envisioned for our country.

The truth is, there is no evidence that our country has significantly higher rates of would-be terrorists than other developed countries. We also have comparable rates of mental illness to similarly developed countries -- and we should also never forget the vast majority of people with a mental health diagnosis are not dangerous to others. What we have is weak gun laws.

The difference between the United States and other developed countries, the reason for all of this pain and suffering, is tragically simple -- in America we allow bigots to arm themselves with weapons of war. We make 100-drum magazines readily available -- including to those who intend to cause harm. We make it easy for domestic abusers to keep a gun in their home to terrorize their family; we allow guns to proliferate so that they are present at neighborhood gatherings, turning skirmishes into lethal encounters.

Guns are everywhere in America, ready to be picked up and used by anyone for any reason. Why would we expect anything different about the inevitable outcome?

The manifesto tied to the El Paso shooter makes this painfully clear. The casual deliberations about the relative lethality of different kinds of guns become more chilling when we realize that all of them were easily available in Texas. We should be ashamed that the choices he considered were not limited by policy.

While a machine gun, regulated under the National Firearms Act, would be extremely difficult for him to obtain, the AR15 and AK47 variants he contemplated for his attack would not have been. Why? Because too many of those elected to lead chose to protect guns over our safety, because they put NRA support ahead of the lives of kids and communities.

We must demand that Congress come back in session and take action. Demand that our representatives stand up for safer gun laws like universal background checks and extreme risk protection orders.

This is not the future the founding fathers envisioned for our country. America needs leaders with the courage to build a safer future for every family in our country.