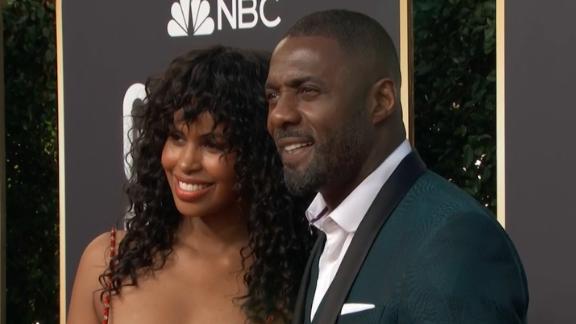 Idris Elba broke millions of hearts Friday when he married model Sabrina Dhowre in a secret ceremony in Morocco.

The ceremony took place at Ksar Char-Bagh, a luxury hotel in Marrakech, the hotel's special events manager Gigi Saadani told CNN. The wedding was covered exclusively by Vogue magazine for its July edition, and photographs of the event were published online Saturday.

The celebration lasted for three days and included a "colours of the Souk"-themed dinner for friends and family, Vogue reported. Elba, 46, wore a bespoke suit by designer Ozwald Boateng, while Dhowre, 29, wore a dress by Vera Wang, the magazine said.

Boateng celebrated the couple on Instagram: "Congratulations to my brother Idris Elba and his beautiful wife Sabrina Dhowre so happy for you."

Dhowre, an American model, was named Miss Vancouver in 2014. She met Elba on the set of "The Mountain Between Us" in 2017. The following year, Elba surprised Dhowre by popping the question at a film screening in London.

The British actor, who has been married twice before, first shot to fame on the small screen, starring in "The Wire" and "Luther." The latter earned him a Golden Globe, Screen Actors Guild Award and four Emmy nominations.

He began his film career in 2005, starring in "American Gangster," "Mandela: Long Walk to Freedom," "Beasts of No Nation" and "Molly's Game."

The heartthrob was named People's "Sexiest Man Alive" in 2018.