Mueller report: the endless wait is almost over 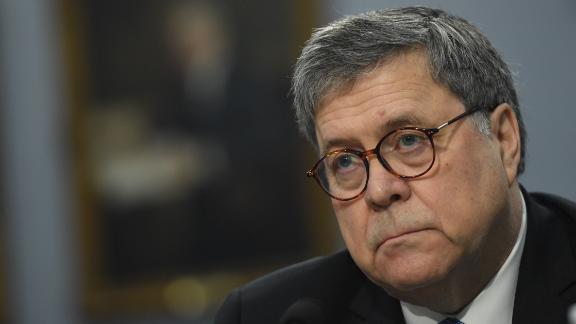 If newly-minted Attorney General William Barr thought he could skate through his Congressional testimony -- purportedly about the Justice Department's budget proposal for the fiscal year 2020 -- without addressing what one congressional leader referred to as the "elephant in the room," he was sorely mistaken.

Instead, Barr faced relentless questions regarding his handling of the Mueller report at every turn, not to mention the Justice Department's handling of the Trump administration's attempts to destroy the Affordable Care Act. And while he generally stayed cool under fire, he actually revealed quite a few new pieces of information about the national mystery surrounding his intentions with respect to the release of the Mueller report.

The wait is almost over. Barr stated affirmatively that he is still on track to release the redacted report within a week. Not only will the redactions be color-coded according to which of Barr's previously-stated four categories of withheld information they happen to fall into, but Barr also said he plans to provide explanatory documentation justifying each redaction. This will (hopefully) minimize contention among members of Congress over the redactions; at the very least, it will provide Congress with a more specific road map toward which pieces of redacted information they may want to challenge.

The public -- not Congress -- will get the first look at the redacted report. Barr made one thing certain. His first agenda item is to release as much of the report as he can to the public at large. And he does not plan on seeking a court order to release grand jury information (which, according to the Federal rules of criminal procedure, must be kept secret unless certain exceptions are met), something Democrats have demanded in recent days. Instead, after the initial release of the report to the public, Barr said he plans to engage with the chairmen of both Congressional judiciary committees in order to deal with potential backlash.

He's sticking to his guns and doubling down on his view of what is required of him under the special counsel regulations. Barr was asked what justified him in claiming discretion to withhold information related to the privacy concerns and reputational interests of "peripheral" individuals who were not charged in the investigation. He noted that, not only do the special counsel regulations not require any disclosure to the public of any information at all, the Department of Justice's longstanding policy and practice to decline to release damaging or derogatory information about a person if they are not being criminally charged is also guiding his decision-making process. He invoked James Comey's handling of the Hillary Clinton email scandal here as an example of what not to do.

Mueller declined to review Barr's four-page letter. While he emphasized that neither the White House nor the special counsel was involved in the drafting of his now-infamous four-page letter of March 24, 2019, Barr said in the hearing that he did provide Robert Mueller the opportunity to review it, which Mueller declined. In defending his decision to release just the "bottom line conclusions" of the special counsel's investigation, Barr insisted that those conclusions were simply "binary" -- crimes were either charged or they were not. And while he said he endeavored to use "as much of the special counsel's own language" as he could (which amounted to 101 words), his letter was never meant to "summarize" the report.

Investigate the investigators. Perhaps the most newsworthy revelation is the attorney general's confirmation that Inspector General Michael Horowitz is in the midst of an investigation into the surveillance tactics used by the FBI and Justice Department during the summer of 2016. That report is likely to be released in May or June. Meanwhile, Trump and Republicans have been demanding an investigation into why and how the investigation of the Trump campaign began.