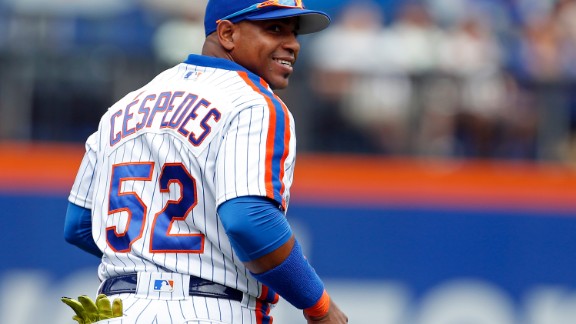 Officials with Major League Baseball and the Cuban Baseball Federation said they have reached a deal that will allow Cuban citizens to play in the United States and return home in the offseason.

Antigua has a beach for every day of the year. So, let's start counting!

• The NFL holds its annual league meeting. The four-day confab starts in Phoenix. Owners are expected to debate key changes to replay and punting rules.

• A method to the Madness. College basketball's top teams are plodding the road to glory, with men's and women's games all week, en route to the April championships.

• Apple hosts its next big reveal. Rumors are that a new streaming service will steal the show at the tech giant's big event. You can stream the announcement at 1 p.m. ET.

• Suspect in Jayme Closs' kidnapping plans to enter a plea. The man accused of killing the Wisconsin teenager's parents and holding the girl captive for 88 days is due in court. Jake Patterson reportedly wrote from jail that he's sorry and intends to plead guilty so the girl and her relatives don't have to "worry about a trial."

• Russia is the talk of the Hill. The man at the center of the proposed Trump Tower project in Moscow, Felix Sater, gets grilled publicly by the House Intelligence Committee. A day later, the panel dives into "Putin's Playbook," with testimony from a former ambassador and an ex-CIA chief.

• American reps talk trade in Beijing. A US delegation is expected in China for two days of negotiations in the ongoing tariff war. The sides aim to ink a deal next month in the United States.

• Robert Kraft's case is on the docket. The New England Patriots' owner is due to be arraigned in Florida on sex solicitation charges.

• El Chapo lawyers face a deadline for a new trial. Attorneys for convicted drug lord Joaquin "El Chapo" Guzman must seek a new trial by this deadline. They've said they will, citing a report that jurors broke court rules and followed news coverage of the monthslong proceedings. CNN hasn't confirmed the report.

• Play ball! America's pastime kicks off the 2019 season, with the earliest opening day ever.

• A giant leap for womankind. For the first time, an all-female crew will conduct a spacewalk at the International Space Station.

• 'We said we'd all go down together.' We salute the sacrifice of so many American warriors, long denied a proper welcome home, as we mark National Vietnam Veterans Day. (Click to listen.)

• Immigration draws Pope Francis' focus. As he visits the gateway from North Africa to Europe, Francis is due to meet in Morocco with migrants and officials of a key aid agency. In criticizing US and European policies, the Pope has said, "You cannot reject people who arrive."

• NAACP Image Awards celebrate 50 years. Anthony Anderson hosts the extravaganza of talent, courage and glamour on screen, in song and in print. The ceremony airs live at 9 p.m. ET on TV One.