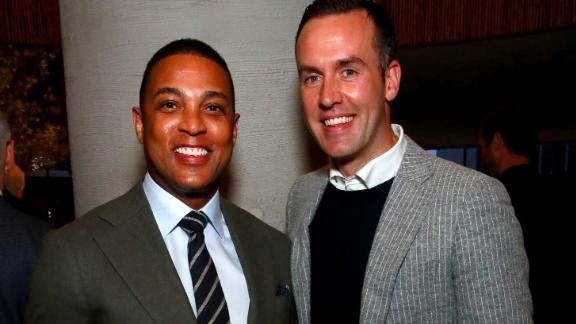 He put a ring on it!

"He gave me a present on his birthday. How could I say no?" the anchor captioned the photo of their bowtie-shaped dog tags engraved with the words, "daddy will you marry papa?" The tags were on their puppies, Boomer and Barkley.

The photo posted on Lemon's Instagram also shows off the couple's rings.

Malone popped the question after his birthday as the two were celebrating, Lemon said. Malone shared the same photo on his Instagram account, writing: "He said YES!"

Lemon and Malone, a real estate agent, met in New York a couple of years ago.

They shared an on-air kiss during a live New Year's Eve broadcast on CNN in 2017.