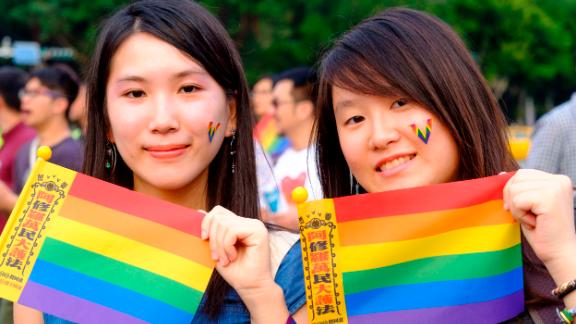 Even in countries where same-sex acts are criminalized or marriage equality still sought, Pride is celebrated around the world.

• Motorsports rev up Memorial Day weekend. The Formula 1 Monaco Grand Prix, the Indianapolis 500 and NASCAR's Coca-Cola 600 all head for the finish line. Check out CNN's weekend sports guide for the favorites and how to watch.

• French Open tennis opens. The only Grand Slam tournament played on a clay court begins, with Simona Halep and Novak Djokovic the top seeds. Watch through June 9 on the Tennis Channel and NBC.

• Americans celebrate Memorial Day. The nation honors US service members who gave their lives for their country. The day also marks the unofficial start of summer.

• Homeland security chief visits Guatemala. Acting Secretary Kevin McAleenan said he'll travel to the home nation of at least five children who died recently after being apprehended in the United States. McAleenan has warned of a humanitarian crisis at the border as vulnerable migrants arrive at US facilities with "inadequate capacity."

• Stanley Cup action gets underway. The St. Louis Blues head to Boston to face the Bruins in Game 1. Watch at 8 p.m. ET on NBC.

• A landmark opioid lawsuit heads to court. Johnson & Johnson, Teva Pharmaceutical Industries Ltd. and other drugmakers are due to go on trial. They face allegations by Oklahoma's attorney general that they created the public nuisance of a costly addiction crisis by aggressively marketing and selling opioid pain drugs. Purdue Pharma, which makes OxyContin, agreed to settle in the case for $270 million.

• Facebook execs subpoenaed in Canada. CEO Mark Zuckerberg and Chief Operating Officer Sheryl Sandberg have been summoned to appear by a parliamentary panel looking into disinformation and election meddling. The social media giant says it may only send a company representative.

• 'Anthony Bourdain Remembered.' A book of anecdotes and memories of our late CNN colleague hits shelves.

• That buzzing sound is the National Spelling Bee. These young athletes train with a dictionary and a dream. Tune in starting Tuesday, with coverage of the final -- and its $50,000 cash prize -- starting at 8:30 p.m. ET Thursday on ESPN.

• Arab leaders hold an emergency summit. Saudi Arabia's King Salman invited Arab and Gulf state leaders to Mecca to discuss attacks on his country's oil tankers and relations with Iran. More US military resources are set to deploy to the region as tensions rise.

• Another 2020 Democrat faces voters. US Sen. Michael Bennet of Colorado is the latest Trump challenger to step into the CNN town hall spotlight. Tune in at 10 p.m. ET.

• More of the Mueller report could be revealed. The Justice Department faces a deadline to make public parts of the special counsel's report related to ex-national security adviser Michael Flynn, plus transcripts of Flynn's conversations with Russians during the Trump transition.

• Disneyland creeps up to the Galaxy's Edge. The "Star Wars"-themed world opens in California. Disney calls it the biggest theme park expansion ever. But without a reservation, you can't ride the Millennium Falcon or dine in a galactic cantina until June 24.

• China slaps tariffs on US products. The retaliatory move is set to hit some $60 billion in US exports, including agricultural, mining and manufactured products. It's a response to the United States more than doubling tariffs on $200 billion worth of Chinese goods. Global markets do not like this mounting trade war.

• The Atlantic hurricane season begins. Experts predict as many as four major hurricanes before the season closes on November 30. Get prepared with CNN's hurricane checklist.

• New York celebrates WorldPride. LGBTQ people and their supporters kick off a month of parties, rallies, teach-ins, sporting events and the arts to mark 50 years since the Stonewall riots. It's one of several worldwide commemorations of the key gay rights rallying point.

• The Champions League Final is on. It's Tottenham versus Liverpool in Madrid. Wherever you are on the planet, here's how to watch.