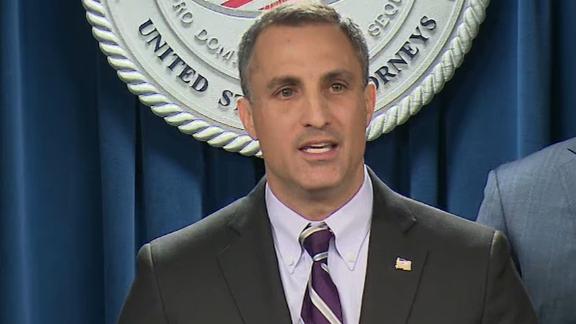 Actresses Felicity Huffman and Lori Loughlin are among dozens of parents, elite college coaches and college prep executives accused of carrying out a national conspiracy to get students into prestigious colleges, according to a massive federal indictment.

Federal prosecutors said the scheme had two major pieces. In the first part, parents allegedly paid a college prep organization to take the test on behalf of students or correct their answers. Secondly, the organization allegedly bribed college coaches to help admit the students into college as recruited athletes, regardless of their actual ability, prosecutors said.

The documents also allege that some defendants created fake athletic profiles for students to make them appear to be successful athletes.

In all, 50 people were charged in the criminal investigation that went by the name "Operation Varsity Blues." Those arrested include two SAT/ACT administrators, one exam proctor, nine coaches at elite schools, one college administrator and 33 parents, according to Andrew Lelling, the US attorney for Massachusetts.

"This case is about the widening corruption of elite college admissions through the steady application of wealth combined with fraud," Lelling said. "There can be no separate college admission system for the wealthy, and I'll add that there will not be a separate criminal justice system either."

He added, "For every student admitted through fraud, an honest genuinely talented student was rejected."

Athletic coaches from Yale, Stanford, the University of Southern California, Wake Forest and Georgetown, among others, are implicated in the case. The indictment accuses defendants of committing crimes between 2011 and 2019.

Founder of 'The Key' accused of being paid $25 million

Huffman, an Academy Award nominee, has been charged with felony conspiracy to commit mail fraud and honest services mail fraud, according to court paperwork filed Monday in federal court in Massachusetts. A law enforcement source confirms to CNN that the actress has been arrested in Los Angeles.

CNN is working to get comment from the actresses' representatives.

Huffman, best known for her role on TV's "Desperate Housewives," is accused of paying $15,000 to an organization that then facilitated cheating for her daughter on the SATs, the indictment said. Huffman also discussed the scheme in a recorded phone call with a cooperating witness, the indictment said.

Much of the indictment revolves around William Rick Singer, the founder of a for-profit college counseling and preparation business known as "The Key."

As laid out in the indictment, Singer allegedly paid college coaches to claim that a prospective student should be accepted to college because the student was a recruit for their sports team. However, Singer and the coaches knew that the student was not a competitive player and that his or her athletic profile was fake, the indictment said.

In one case, Singer even worked with parents to take staged photos of their child engaged in particular sports. In another example, they used stock photos of a person playing a sport and then put the face of a student onto that of an athlete via Photoshop, prosecutors said.

Singer was paid roughly $25 million by parents to help their children get in to schools, the US attorney said.

A Texas demolition company accidentally tore down the wrong house