El Chapo trial deliberations are in their second week 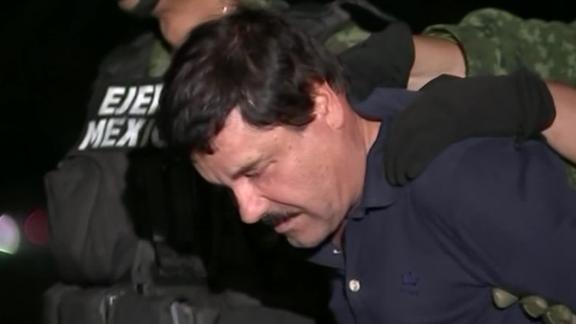 Menacing recordings, flashy weapons, and secret tunnels are just some of the evidence in the case against El Chapo, a top alleged drug lord who's facing life in prison.

Jury deliberations in the trial of Mexican druglord Joaquin "El Chapo" Guzmán stretched into a second week Monday as jurors worked their way through nearly two and a half months of testimony.

Guzmán, 61, faces 10 counts, including engaging in a continuing criminal enterprise, conspiracy to launder the proceeds from narcotics, international distribution of cocaine, heroin, marijuana and other drugs, and use of firearms. He has pleaded not guilty and could be sentenced to life in prison if convicted.

Jurors, who are partially sequestered, deliberated for four days last week. US marshals escort them to and from US District Court in Brooklyn each day. A sworn court officer guards the door of the room where they work, and lunch gets delivered.

The twelve jurors -- eight women and four men -- deliberated until 4:15 p.m. Monday without reaching a verdict. They asked to hear testimony from two law enforcement witnesses, including a DEA agent who described several shipments of cocaine. DEA agent Scott Schoonover testified that some of the seizures were among the largest of his 30-year drug interdiction career.

Guzmán was brought into court Monday for some of the questions. Each day of deliberations is another day he does not have to spend in solitary confinement. And he gets to see his wife, Emma. He smiled and waved at her Monday in the courtroom.

The jury will resume deliberations Tuesday.

Legal experts said the drawn-out deliberations may just reflect the complicated nature of the federal case, which included about 200 hours of testimony since mid-November, boxes upon boxes of physical evidence and 60 pages of jury instructions.

"They heard a lot of witnesses, they heard a lot of evidence. I would be a little more concerned if after a day or two they came back with a verdict," said Jimmy Gurulé, a former federal prosecutor who has tried several cases involving cartel members and kingpin defendants.

The panel has the daunting task of combing through hours of testimony from 56 witnesses -- including 14 government cooperators, mostly former traffickers and cartel associates -- who took the stand in Brooklyn, New York, during the federal trial.

In contrast, defense attorneys called just one witness and focused on undermining the credibility of cooperating witnesses. Defense attorney Jeffrey Lichtman said these witnesses had "lied every day of their lives -- their miserable, selfish lives."

Guzmán, once listed on Forbes' Billionaires List, has long been a slippery and near-legendary figure. He escaped from a Mexican prison in 2001 in a laundry cart and again in 2015 through a tunnel. After he was recaptured in 2016, he was extradited to the US to face American federal charges.

Chief Skinner: No arrests made during Eugene riot

Arrests made as groups refuse to observe curfew