Idris Elba is OK, despite not being crowned 'Sexiest Man Alive' again 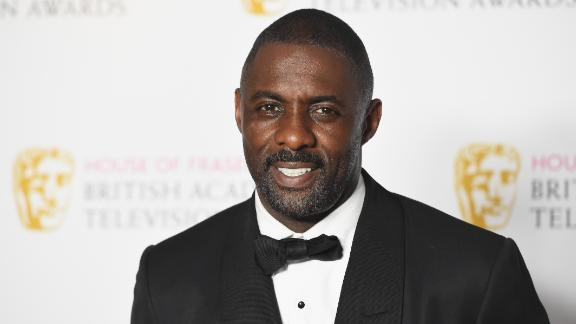 In case you were wondering, Idris Elba is "doing OK."

The torch for "People's Sexist Man Alive" has been passed from Elba to John Legend, but the actor tells CNN his title stands.

"I am doing OK," Elba joked to CNN. "You have to understand, it says the "Sexiest Man Alive." As long as I am alive, I am still the sexiest right? So, there you go."

Elba was a good sport about Legend being named this year's "Sexiest Man."

"My G. Congratulations brother !!! You deserve it," he tweeted last week. "DO NOT TELL @TheRock He still thinks he's got the title, I didn't have the heart to tell him when I took it."

Legend has been humble, tweeting, "1995 John would be very perplexed to be following 2018 @IdrisElba as #SexiestManAlive. Hell, 2019 John is about as equally perplexed but thank you @People for finding me sexy. I'll take it."

Legend's wife Teigen joked that she would like to see a picture of Elba from 1995.

And Elba supplied the goods.

But let's face it, the next sexist man is already in line -- Snoop Dogg.